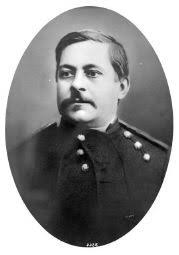 Marcus Albert Reno was a Major in the 7th Calvary of the United States Army. He was second in command to General George Armstrong Custer during the Battle of Little Big Horn which lasted two days, from June 25 and 26 of 1876. At this time of the nineteenth century, the United States was expanding at a rapid pace. Unfortunately, the expansion came with the highest price imaginable, human life. This desire for expansion drove campaigns for Indian Removal. Federal officials told Native Americans who were living in areas the government wanted for white settlers that they must move to reservations or face the consequences of war and forced extraction.

The Lakota Indians who fought Custer and white men lived in the Dakota Territory. The Lakota Indians were bound together by language, although they were composed of many different tribes. After the Civil War, gold rush fever was still drawing Americans into the West, and with expansion of the country and the thought of fortunes to be had with gold mining on the horizon, it was perhaps inevitable that the Lakota Indians and the United States Army met on the battlefield. Rather than look at the more familiar story of General Custer, I have chosen to study the career of Major Marcus Albert Reno, Custer’s second in command. Reno’s story allows us to get beyond the memorialization of Custer to better understand the U.S. policy on expansion and Indian removal, the particular circumstances of the Battle of Little Big Horn, the reasons why the United States Army came to be defeated, and the significance of the battle to subsequent U.S. actions towards Native Americans.

The United States had been caught up with the vision of expanding the country’s borders and failed to see their troops suffering from the cause. After the Battle of Little Big Horn, Marcus Reno was summoned to military court for his actions during the war. The hearing seems to have been the United States Army’s attempt to find a reason for the defeat at the hands of the Lakota. The nation wanted a scapegoat, and they thought they had found one in Marcus Reno.

In the nineteenth century, the United States was still a young country compared to other nations. The country’s policies were new and immigrants were entering its ports at a fast rate and with the alarming amount of population growth came expansion. It was as early as 1804, the American government had sent Lewis and Clark to map out the continent for the future expanding of the nation. In 1851, the government drew up the Indians Appropriation Act (1). This document was a law commanding American Indians to adopt the new western culture while also removing them from their lands. After removal, the tribes would be placed in reservations. While some tribes adhered to the act and took to reservations others contested with violence. The Plains Wars started in the 1860’s, the American Army under General Alfred Sully fought the Lakota Indians commanded by Sitting Bull (2). Sully had engaged his enemy with canons and rifles, while the Lakota were armed with bows and arrows.  With every victory for the Army came a fort. Following the Missouri River, Sully’s troops won battles and built forts to discourage any tribal attacks. The Lakota attacked steam boats, forts, and wagon trains (3). It was 1876 that the Army finally caught up with the Lakota and Sitting bull.

The Battle of Little Big Horn is a famous battle that is still on the minds of historians today. The infamous General Custer is well-known for his battles with Native Americans and his defeat at Little Big Horn.  Gen. George Armstrong Custer led the 7th Calvary of the United States Army. In the Black Hills of the Lakota territories swirled rumors of gold. The gold deposits lead to an army expedition to the Black Hills led by Custer (4). At this point in Custer’s military career he had gained recognition for his valor during the Civil War. Although very little gold was found during the expedition, the army tried to get the Lakota to sign a treaty to release the land relocate to the Oklahoma territory. The army was not successful in the acquisition attempts to secure the lands. This would be the last attempt by the U.S. to remove the Lakota.

When Marcus Albert Reno reached the Black Hills, he already had a somewhat checkered military career. Born in Carollton, Illinois in 1834, he entered West Point Military Academy in 1851. The future Major did not have a stellar student record while attending the academy. For disciplinary reasons, Reno was placed on a two-year probation while studying at West Point. Throughout his time at West Point, he managed to acquire sixty-four demerits ranging from tardiness to insubordinate conduct (11). Graduating in 1857, Reno had attained the rank of Captain while fighting for the Union during the Civil War. His valor and bravery did not go unnoticed when he was promoted to Major at the end of the Civil War. Although his military record was polished, some of the men that served with Reno found him to be an unpleasant, heavy drinker (12). Great expectations for Reno rose, however, when he was assigned to the 7th Calvary underneath George Custer.

The main goal of the 7th Calvary was to remove Indians from their lands and relocate them to reservations. With many battles won by the 7th, Custer’s ego began to grow. Directly underneath Lieutenant Colonel Custer’s command was Captain Benteen, Captain McDougall, and Major Marcus Albert Reno. The Indian scouts for the 7th Calvary had discovered an Indian tribe 20 to 25 miles ahead of them while following the Little Big Horn River. First Lieutenant engineer George D. Wallace recalls the Calvary was set up in four different formations. Three companies were led by Major Reno, which contained approximately one hundred fifteen soldiers. Reno and his companies were located on the left bank of the river. Captain Benteen led three companies containing one hundred twenty-five men were to the left of Reno’s formation. Lieutenant Colonel Custer assigned himself five companies containing about two hundred and twenty-five men. Custer’s location was the right bank of the river when the Calvary were forming their march. One company led by Captain McDougall tailed behind the rest of the Calvary and acted as the pack train (5). When the scouts relayed the whereabouts of the tribes, Custer gave the command to charge from two and a half miles away. First Lieutenant Wallace testified that the men in the Calvary had been marching for four days, hungry, no sleep, and the horsed needed rest(6). Custer ignored the state of his troops and called for an offensive attack on the so-called hostiles. When Wallace was asked of the size of the Lakota village and he replied, “the length and width of it I could not tell because the timber concealed it. I know there were lots of them there. The exact size at the time I could not form no estimate of, but I saw plenty of them (7).” After some firing on the village the riders dismounted and the Calvary fell into their firing lines. The Army established the skirmish line about one hundred yards from the tree line where the Indians were located. The battle started around 2:30 pm. And it was not long before the 7th Calvary were surrounded by Indians and showing major casualties. Wallace said, “they were fighting in regular Indian style. Riding up and down, some few on foot: filling the whole space in our rear. Yelling and hooting and those within range shooting. Not many of them were standing still, and whenever they would get the opportunity they would shoot (8).” When the 7th Calvary realized the mass amount of lives being lost from enemy fire, Reno had called a retreat and during the move George Custer would not make it back to camp. He was gunned down during the retreat leaving Reno and Benteen in charge of the 7th. After the retreat, the army had gathered the able troops and prepared for the second attack from the Lakota. At 5:00 pm., Major Reno had taken command of the troops and the Lakota positioned themselves to shoot from every direction. At 9:00 pm fighting had resumed. Captain Benteen and Major Reno had to fight the Lakota until the next day when reinforcements from the 2nd Calvary had arrived. When the new Calvary made it to the battle site, the 7th Calvary was in state of disarray. Lieutenant McGuire of the 2nd Calvary reported, “some of the soldiers were crying (9).” The 7th Calvary estimates they had faced up to two thousand Indians. Less than half of the soldiers who reached the battle field made it out after the Battle of Little Big Horn.

In total nineteen witnesses were called to the stand, most of whom were at the Battle of Little Big Horn, save one who had arrived with the 2nd Calvary after the fight was extinguished. Most of the questions directed at the witnesses were the same. They were asked proximity to Reno before, during, and after the fight, their formation during the battle, the condition of the grounds they have traveled, and their proximity to Custer and Benteen. Each of the witnesses recognized that all orders to charge were delivered by Custer and not Reno. The only order received from Reno that was recognized by witnesses was the order to retreat.

The main goal of the trial was to see if Marcus Reno gave the order of retreat out his own lack of bravery and intoxication. All of the witnesses that were in the battlefield backed Reno’s order, finding he was right for calling the order and insisting that it actually saved the lives of those who had survived the conflict. Two witnesses in charge of the pack mules testified against Reno, claiming he was intoxicated the night before the battle had begun (14).  When the court had finally adjourned, however, the recorder read a statement that concluded Reno was not going to be charged for his actions during the Battle of Little Big Horn (15).

Was it manifest destiny or manifest massacre? For many years,Native Americans had been the target for the political juggernaut known as U.S. Expansion, but in this instance the Lakota had the upper hand. Although Marcus Albert Reno was nowhere near perfect, the trial was an effort to blame him for not winning a battle. This loss gave the American westward movement a black eye to the public. Major Reno was the one to blame. Most Native Americans eventually lost the larger battle to maintain their lands, but the Lakota are remembered in American History as the tribes that gave the U.S. Army a battle they had wished was not in the books.

(1)”Acts of Congress, Acts and Resolutions Passed at the Second Session of the Thirty Third Congress.” March 06, 1855.

3. Abstract of the Official Proceedings of The Reno Court of Inquiry 1954 – The Stackpols Co . The Custer Myth 1954